Sometimes it is really hard to tell [what a liberal believes.] I thought they abhorred gay-bashing but look at Mark Foley. Fortunately, the Chicago Tribune offered us Geoffrey Stone’s proposed definition of ‘what it means to be a liberal’ in a recent op-ed.

Frankly, it strikes me as a collection of personal opinions masquerading as a set of ten principles which he labels as liberalism. While he begins by lamenting that the word ‘liberal’ has become a pejorative for many, his op-ed piece is a wonderful example of why this has come to pass.

Here are his ten principles, most of which almost anybody would aspire to, and which in Stone’s estimation are predominantly adhered to by liberals. My responses include a reference to material from the op-ed that further elucidates what he means by his principles. 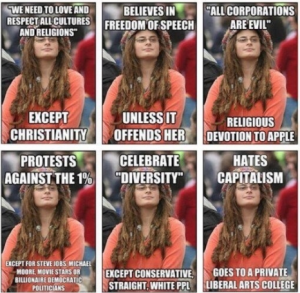 1. ‘Liberals believe individuals should doubt their own truths and consider fairly and open-mindedly the truths of others’.

Does Stone have a clue about the current political climate on college campuses? The hostility towards critics of affirmative action, defenders of Israel, supporters of George Bush, proponents of gun control, opponents of identity politics and a host of liberal sacred cows is palpable. It may be true that if conservatives were in the majority in academia they would behave the same way. But there is no way to find out since the few that are there have mostly closeted their views.

2. ‘Liberals believe individuals should be tolerant and respectful of difference.’

He claims that liberals, and by implication liberals alone, continue to support the civil rights movement and affirmative action. But the civil rights movement of the sixties was not dealing with the same issues. In fact, its purpose is very well summarized by President Kennedy’s speech of June 11, 1963, where he declared, in response to a month of pro-integration demonstrations in Birmingham, ‘race has no place in American life.’ There is no way that the civil rights movement that ended legally enforced segregation was aimed at anything less than ending the practice of defining people by race. Much of what falls under the name of affirmative action, multiculturalism or diversity is aimed at putting it back.

3. ‘Liberals believe individuals have a right and a responsibility to participate in public debate. It is liberals who support the expansion of the franchise; the elimination of obstacles to voting, ‘one person one vote’, limits on partisan gerrymandering; campaign reform; and a more vibrant form of free speech’.

This is a selective reading of recent events. Certainly, liberals are championing the cause of felons voting, opposing the use of picture identification on voter registration cards and making it easier for aliens to vote. These represent groups of voters who they have identified as likely to support their candidates. But they have also opposed the counting of absentee ballots of soldiers when it was in their interest and have of course aimed their voter registration drives primarily at groups of voters from whom they expect support.

As for gerrymandering, one of the favorite liberal projects was the creation of majority African American congressional districts. The creation of these districts did, in fact, increase the number of African American members of Congress but also created more racial polarization and resulted in a net gain for the Republicans in Congress, a reason why Republicans were only too happy to go along with the racial gerrymandering.

4. Liberals believe ‘we the people’ are the governors and not the subjects of government, and that government must treat each person with that in mind.’

One of the rights that he asserts is supported primarily by liberals is the right of individuals to reproductive freedom. While it may be true that liberals are more strongly pro-abortion, there are plenty of conservatives who support it as well. Furthermore, his statement begs the question at the center of the abortion debate, namely, at what point does a fetus become a life? Professor Stone has nothing to say about that point. And there is nothing in his implicit dismissal of the pro-life opinion that a fetus is a human being that indicates that liberals have a great deal of respect for the opinions of others.

Sure, unless of course the accused are College Republicans, Duke Lacrosse players, Scooter Libby, a conservative candidate for tenure or a college faculty member accused of insensitive speech. For liberals, DNA testing is conclusive if it voids the convictions of minority accused felons but irrelevant if it exonerates privileged white students from dubious accusations of rape made against them.

Liberals are also the champions of speech codes that make rules taking sides in disputes that involve people of different genders, race, ethnicity, sexual orientation, etc. Such rules stake out a group of protected classes and leave it to the imagination to presume that the others are unprotected classes. What do such laws have to do with the ‘equal protection of all people’?

6. ‘Liberals believe the government has a fundamental responsibility to help those who are less fortunate. It is liberals who have supported and continue to support government programs to improve healthcare, education, social security, job training and welfare for the neediest members of society.’

Fair enough. But such concern for the less fortunate should not stop at the voting booth. Liberals must also be at the forefront of demanding accountability for social programs. They are costly and if the money and support aren’t getting to the people who need it, their needs are not being met and the basis of public support for such programs is seriously undermined.

Democratic candidates such as Jimmy Carter, who advocated such accountability, were rejected by liberals for doing so. Advocates of welfare reform or money for law enforcement are generally attacked by liberals rather than supported though getting people back into the workforce and stopping crimes are major concerns for poor people.

7. ‘Liberals believe the government should never act on the basis of sectarian faith.’

Many liberals make the specious claim that the prohibition of a state established religion means that people are not allowed to let faith inform their moral and political opinions. That is sheer nonsense. If a person’s faith tells him or her that life begins at conception, that is just as legitimate as the secularist belief that abortion is a woman’s right to choose. The government can’t decide to ban abortion because it is contrary to Catholic doctrine but if enough people agree with that doctrine they have the right to propose laws that are in accord with it.

I think everyone agrees with this point.

9. ‘Liberals believe government must protect the safety and security of the people, for without such protection liberalism is impossible.’

Who disagrees? The devil is in the details. 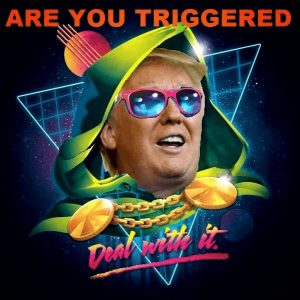 10. ‘Liberals believe government must protect the safety and security of the people without unnecessarily sacrificing constitutional values. It is liberals who have demanded and continue to demand legal protections to avoid the conviction of innocent people in the criminal justice system, reasonable restraints on government surveillance of American citizens, and fair procedures to ensure that alleged enemy combatants are in fact, enemy combatants.’

Once again, the devil is in the details. Nobody advocates the illegal imprisoning of innocent people. As for differing views about government surveillance, I don’t know if this is a liberal vs. conservative issue so much as a gut-level view of the particular threats we are facing. Certainly, liberals have never protested the infiltration of the Klan or rushed into court to contest the wiretapping of militias and white hate groups. Nor do they see any threats to privacy in the distributions of the private and extremely personal emails and Instant messages of Congressman Foley.

On the other hand, if you want to find one single issue on which liberals have earned the distrust of their fellow citizens it is this. Liberals claim that our civil liberties are seriously threatened because the government is using warrantless wiretaps to eavesdrop on telephone conversations between American citizens and known al Qaeda operatives. Such priorities do not strike me as coming from people who are concerned with national security.

Read the original article: What does a Liberal Believe?

What Does a Liberal Believe? - Your PiC Chat | Deplorable Chit Chat
Offline
#30