We are Perilously Close to Losing America

We are closer to having our freedom ripped away from us more than we could possibly imagine. Against lunatics, we must remain vigilant. A recent example was the individual mandate to enforce compulsive health insurance known as Obamacare.

Watch this important presentation by Sean Hannity featuring Mark Levin on Fox News. While watching it, take into consideration how close we almost forfeited our freedom, big-leagued.

For everything it is worth, our beautiful President terminated the IRS penalty and requirement forcing American citizens to purchase Obamacare.

Obamacare is going to destroy every single American unless we have a meaningful conversation with our politicians...and oversee the IRS.

Believe it or not, this huge step partially dismantled the IRS and got them off our backs, temporarily. We almost lost it right there.

The Democratic Party are Socialist Democrats

The Socialist Democrats are delusional. Functioning in their role as progressives, they have been practicing an infectious disease of social activism for decades.

They have destroyed any detractors that got in the way. It is getting worse! 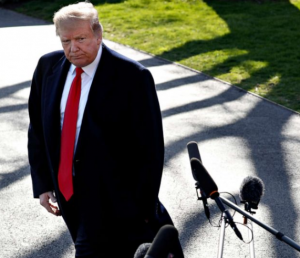 Government and the deep-state bureaucracy have interfered to harm our own citizens. They have gone to the devilish extent of jailing politicians and journalists while bankrupting them to boot, courtesy of the IRS.

Don't forget the legal costs, if they can afford it, to defend themselves.

A class is in session. Sit down and pay attention. Wake up America!